A full member ABYA yacht brokerage, specialising in the sale of cruising and blue water yachts.

With over a decade of extensive experience in this specialised field of yacht sales, John Rodriguez Yachts provides full-service private client yacht broking for cruising and blue water yachts located in the Solent and surrounding areas of the UK. 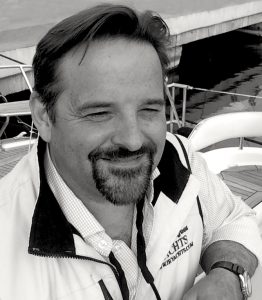 Principal broker John Rodriguez is a blue water yachtsman and member of both the Royal Cruising Club and the Ocean Cruising Club. John has served as Chairman and Deputy Chairman of ABYA and as a YBDSA council member. He has completed the Marine Solicitor led BRBA/BMF Law Relating to Brokerage and Boat Retailers Course, is a participant in the ABYA Continuous Professional Development Programme, is a full ABYA member and holds the ABYA/BRBA Boat Sales Qualification from British Marine.

In 2017 John was awarded a Fellowship of ABYA and currently sits on the 2021/22 ABYA committee.

John has sailed as skipper from the UK to the Med, across the Atlantic to the Caribbean, as far north as New York in the USA and covered over 25,000 miles whilst living aboard as a family of four. He is a co-contributor to numerous sailing publications including Yachting Monthly, Sail, Bluewater Sailing and his wife Nicola Rodriguez’s book Sail Away. He knows blue water cruising and the yachts that undertake such voyages and aims to bring this experience to the brokerage process, giving buyers and sellers alike, a bespoke private client brokerage service. 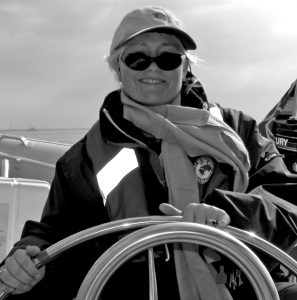 Nicola Rodriguez has completed the ABYA yacht brokerage course and assists with the running of the brokerage. An RYA Day Skipper, accomplished writer for the international yachting press and published sailing author, Nicola is a member of both the OCC and the RCC and has covered some 25,000 miles, including an Atlantic crossing. She also raised their two children whilst living aboard on an extended voyage spanning almost eight years. Nicola’s book ” Sail Away How to Escape the Rat Race”  was reviewed by Yachting Monthly as, “A must for all aspiring ocean adventurers.”  The second edition was published in January 2019.

John and Nicola now own a Moody 46 based in the Solent. 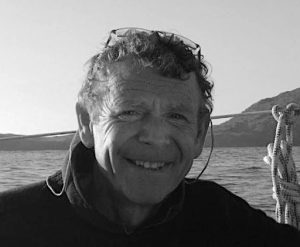 Jason Lawrence represents John Rodriguez Yachts on the Isle of Wight and has a depth of experience in both mono and multihulls.  A keen racer, his real passion for cruising has seen many miles sailed both single handed and with crew. Having sailed round the world with his wife and children aboard their Chris White Catamaran, he now has a Sparkman and Stevens for adventures closer to home. With many miles under the belt he has a deep knowledge of what really works out there. Jason has completed the ABYA yacht brokerage course and also has personal experience of importing vessels and compliance with RCD and VAT requirements. Based on the Isle of Wight and being an active member of a number of clubs, Jason brings a wealth of local knowledge.

ABYA yacht broker specialising in the sale of cruising and blue water yachts. Brokering yachts in locations throughout the Solent and the south coast including but not limited to: Southampton, Hamble, Hythe, Beaulieu, Lymington, Poole, Christchurch, Portsmouth, Fareham, Gosport, Port Solent and with additional partners for yachts located on the Isle of Wight and the wider UK. All yachts for sale subject to prior sale, price change, or withdrawal without notice. John Rodriguez Yachts is a trading name of John Rodriguez Yachts LLP Reg. No. OC416718 (England and Wales). Registered office C/O Connect Accounting, 15 Western Parade, Barnet, Herts, England, EN5 1AH. VAT No: 180730322. FCA FRN Number: 676493. Website content - All our intellectual property rights are reserved and any unauthorised use is prohibited, see terms and conditions.